Iskort resently finished creating special maps for  OMM Iceland 2014 (Original Mountain Marathon). The contest has been held in this country for the past two years in the area around Reykjanes lighthouse, but now the competition was placed  east of the Reykjanes area or the area between the Blue Lagoon and Kleifarvatn Lake.
Iskort was responsible for generating maps for competitors and organizers. Contestants get coordinates at the start of the race and have to collect points with a stop at a predetermined destination. Contestants have the printed card from Iskort using only map and compass to find your way around the area.
Organizers also use webmaps from Iskort  during the planning of the competition, but the maps include marked trails, danger and restricted area along the perimeter of the area which contestants have to stay inside.

Screenshot of part of the map. 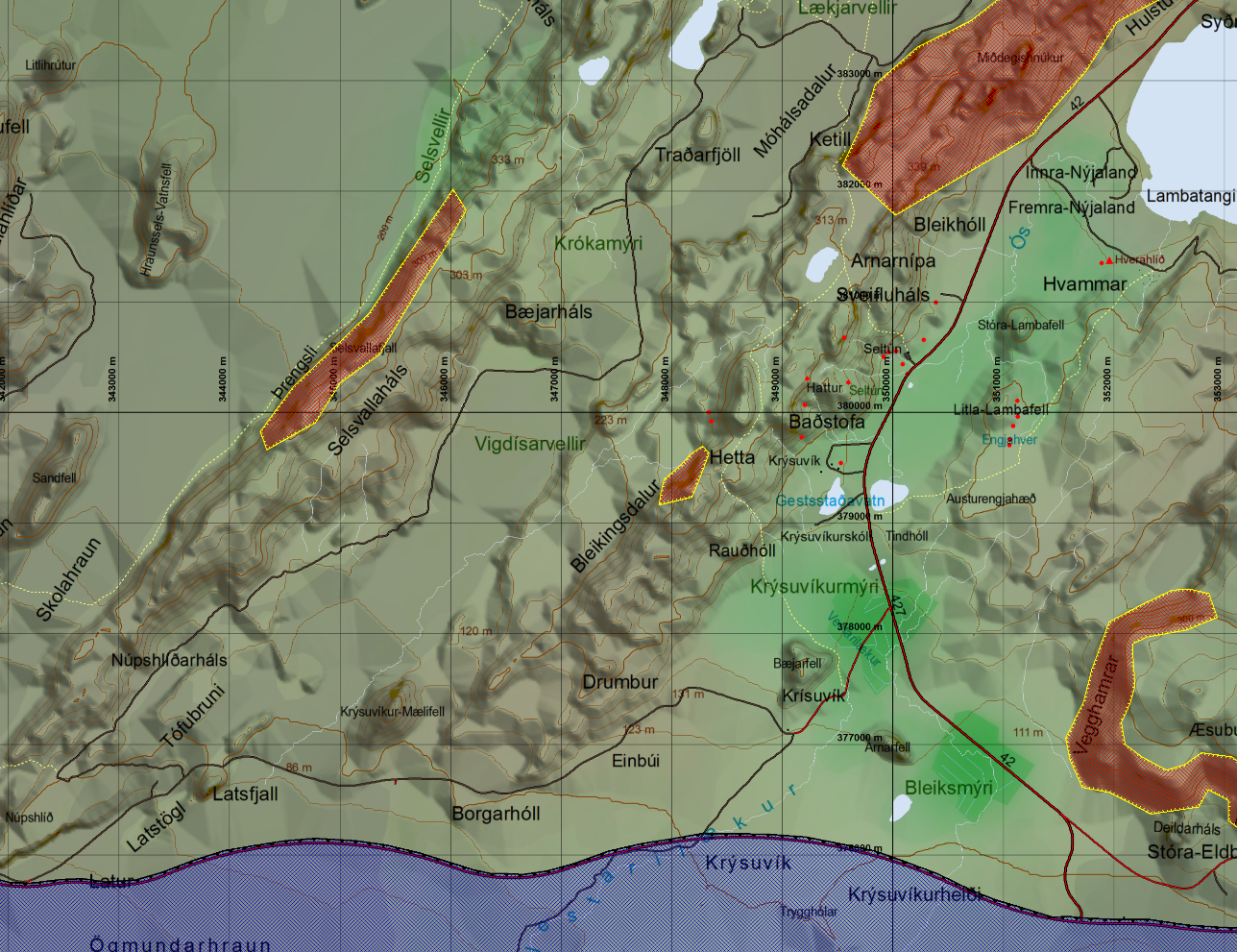